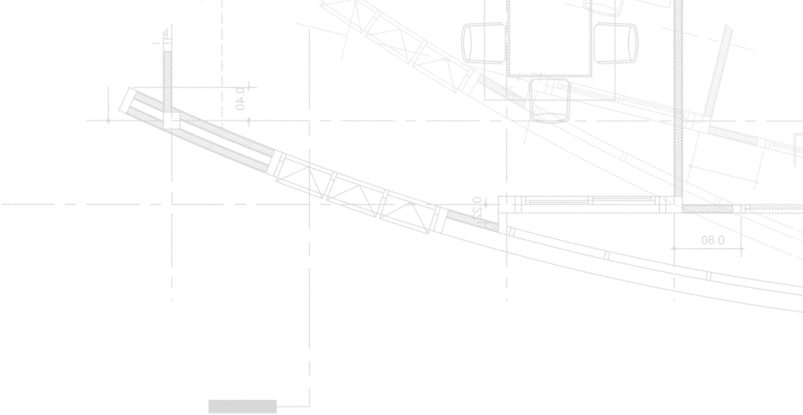 The company has its own warehouses, equipment, mechanization and everything necessary for the implementation of each project, as well as teams of specialists, available in offices in the whole country, providing maintenance of the sites after their completion.

G.P. GROUP JSC is continuously expanding the scope of the projects, enriching its portfolio and extending its activities outside the territory of the country, as since the end of 2006 the company has initiated its activities on the territory of Serbia, Croatia and Macedonia, building over 30 petrol stations and gas stations and realizing various projects in the field of public construction.

The company is certified under the International standards ISO 9001:20015, ISO 14001:2015, ISO 45001:2018, ISO 50001:2011, and complies with the legislation of the Republic of Bulgaria. The company is registered in the Central Professional Register of Builders for all groups and categories of constructions. 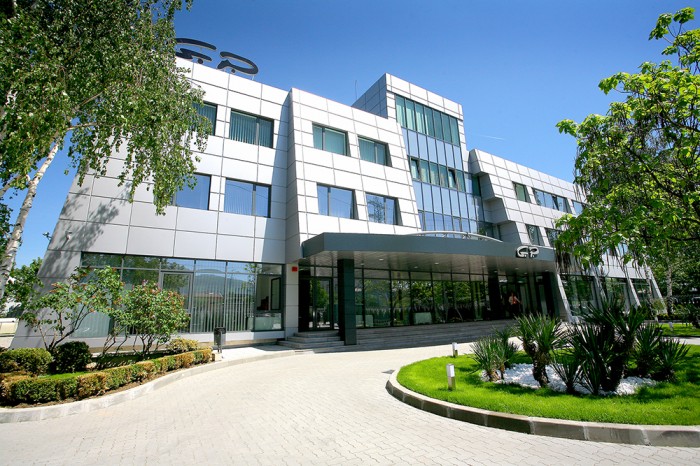 G.P. GROUP JSC started its activity in 2004 as a small company with specialized activities in the field of construction and maintenance of petrol stations and gas stations on the territory of the whole country.

Thanks to the successful projects and the proper financial planning, G.P. GROUP JSC began investing in equipment, stock of buildings, storage areas, car fleet and last but not least - in training of the staff.

These new resources, as well as the excellent construction achievements and the correct attitude to the deadlines, gave results and the company was entrusted with even more responsible projects. Thus, in the period 2007-2012 the residential complexes "Gardova Glava" and "Miramonte", city of Sofia, as well as the Pravets Golf & Spa Complex, town of Pravets, were fully implemented, for which G.P. GROUP JSC received the prestigious award "Building of the Year" for 2009 in the category of holiday hotels.

In 2008, the company started working on the territory of "Petrol-supply base" Iliyantsi" in Sofia – a project, completed several years later in 2012.

In 2009, the company expanded its activities beyond the boundaries of the country and realized several projects as rebranding and construction of petrol stations on the territory of Macedonia, Serbia and Croatia.

For a short time by now, G.P. GROUP JSC proved its capacity and won a number of projects of public importance, including the construction of Sofia Metro sections – Metro stations "Obelya", "Nadezhda", "Beli Dunav" and "Lomsko Shose" (2010-2012).

In 2012, the company got its next award "Building of the Year" for the construction of metro stations "Beli Dunav" and "Nadezhda", as the award was  for a project with the most significant contribution to the development of the urban environment.

In the same year, G.P. GROUP JSC was chosen as the main subcontractor for the construction of the heavy waste treatment complex on the territory of "Lukoil Neftochim Burgas" JSC. An ambitious project, which is not only an extremely challenging but also an incentive to improve a number of corporate policies and technologies of construction.

2013 is the year when the company won the public award for the expanding of the metro in Sofia-the stations in Sofia - Sofia Airport Stations, in Mladost RD and the Cherni Vrah Blvd. In the same year, the organization completed the sports hall of the "Paisii Hilendarski" University of Plovdiv, for which it was awarded with "Building of the Year".

In 2014, in order to allocate the company's resources more efficiently and to cover the whole country, G.P. GROUP JSC opened its branch office in Bourgas.

In order to expand the spheres of activity of the company, it opened specialized departments for high, road and water supply and sewerage construction. These implemented the construction of important sites as the section of the Western Arc of the Sofia Ring Road and Trade Center "Markovo Tepe MALL" in Plovdiv in 2015.

One of the biggest projects entrusted to the company is the construction of "Garitage Park" – a huge complex with residential and office buildings, a school and a sports hall. The works on the implementation of the project started in 2016, among many other contracts.

2 more sections of the metro line were won and started in 2017. The company implemented an internationally recognized integrated resource management system.

In 2018, G.P. GROUP JSC continued its expansion and opened a new branch in Shumen. In this town, the company built the new sports hall ARENA Shumen. Implemented were the new warehouse and facilities of the company in the village of Mramor. 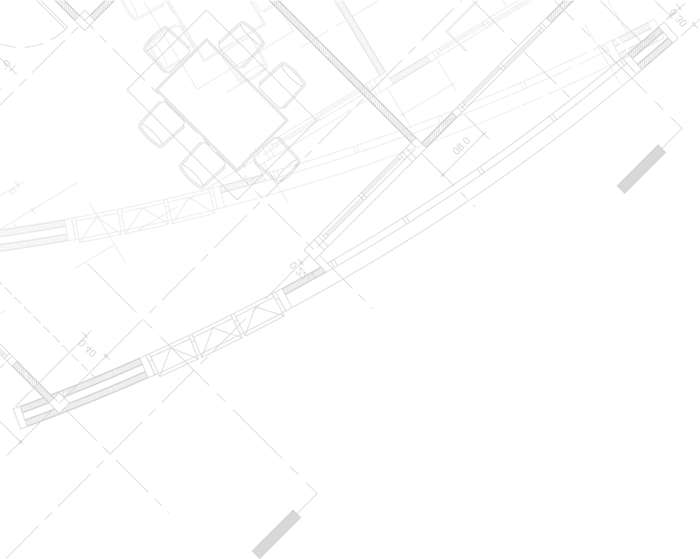 G.P. GROUP JSC started its activity not long ago, in the 2004. It started as a small company with a closely specialized activity, but the company has gained rapid popularity and has becomes synonymous with quality and responsibility. Today, G.P. GROUP JSC is undoubtedly a reputable name in the construction industry – in 2015 the company celebrated its fifteen anniversary.

Chairman of the Board of Directors

Vice-Chairman of the Board of Directors and Executive Director

G.P. GROUP JSC is a proven leader in the implementation of metro stations and tunnels. Over the last 8 years, 7 Metro stations and more than 6 km of metrometers were built. The company has a team of professionals in underground construction, reinforcement and tunnelling, laying of rails, above ground structures, etc. Now two new stations are being built together with the connections between them.

The specialists from the Water supply and sewerage department, as well as the experts in purification technologies and stations, have long experience and high qualification, high level of competence and responsibility, have excellent knowledge in the relevant fields, as well as the necessary organizational insight. Their professional attitude to work is a result of their practice not only in Bulgaria but abroad.

The company has successfully implemented projects related to the engineering infrastructure, such as reconstructions and repairs of the road network and urban infrastructure. The Department organizes the work in technical and technological terms, and pricing and bidding. It manages the drafting of the documents for reporting and handover of the works to the contracting authority under the concluded contracts and bills of quantities submitted by the head of the site.

The department is one of the "youngest" for the company, but already with commissioned sites, organizing and managing the processes for the implementation of railway infrastructure objects, including: ground works, adjoining facilities, overhead construction (rail traverse and lean-to rail), contact network, repairs to stations, station complexes, etc. The team is made up of specialists with extensive experience in the implementation of large-scale railway projects of national and European importance.

The Environmental Projects team is made up of specialists who have gained experience from numerous sites in the field of environmental and water protection, including construction and reconstruction of wastewater treatment plants, reclamation and construction of new municipal waste landfills, as well as and introducing energy efficiency measures for residential and public buildings.

The Tunnel Construction Division is part of the company's broad portfolio. Specialists are involved in the implementation of tunnel projects from the Republican Road Network and the National Railway Infrastructure. The department is made up of highly qualified personnel with many years of experience in the tunnel field. The company has a specialized technique for digging and reinforcing tunnels, performed under the New Austrian tunnel method.

The electricity department team is composed of young and ambitious electrical engineers who have gained experience in construction and reconstruction of facilities of the engineering infrastructure, distribution stations, external power supplies and building installations. In close cooperation with all departments, this department organizes and manages the whole process for the handover and commissioning. G.P. GROUP JSC has introduced a system for energy management under the requirements of ISO 50001:2011.

The department takes care for the maintaining in technical and technological working order of all machines and equipment in the petrol stations, gas stations and petrol bases, office and administrative buildings and residential complexes awarded by the clients. It also performs construction works, maintenance of outdoor areas, landscaping and exterior cleaning. The department has over 30 service teams, located all over the country, and with nonstop telephone line to eliminate the problems that can arisen.

The policy of G.P. GROUP JSC, as a main contractor and contractor of construction works in the field of industrial and civil engineering, as well as the organization providing maintenance of petrol stations and buildings is to provide a service and product fully satisfying the regulatory requirements, clients and interested parties requirements in terms of quality, environmental management and health and safety at work.

G.P. GROUP JSC holds additional licenses and certificates, through which the range of services in the main direction is increasing and allows for development in the construction of railway transport, high construction under the international system BREEAM, construction of gas pipelines and others.

This policy focuses on all activities, processes, jobs and work equipment for the maintenance and continuous improvement of a healthy and safe working environment.

CERTIFICATE FROM THE STATE AGENCY FOR METROLOGICAL AND TECHNICAL SUPERVISION C830

CERTIFICATE FROM THE STATE AGENCY FOR METROLOGICAL AND TECHNICAL SUPERVISION C840

As of the third quarter of 2019, GP Group JSC is one of the most consistent and secure market participants and one of the largest construction companies in Bulgaria. According to the annual and prestigious ranking of Capital Magazine for 2018, the company is ranked 125th (126th for 2017) among the largest companies in the country. After two years in which she was inevitably a leader in the construction sector for 2018, she is in fourth place with over BGN 211 422 thousand in revenues (the first two companies have presented their consolidated statements). In fact, this is the seventh consecutive year of continuous revenue growth and at the same time the most successful in its more than 15-year history (for 2016 revenues of BGN 178 184 thousand and 2017 revenue of 184 584 thousand BGN). For the last five years the company's revenues are over BGN 880,000 thousand. 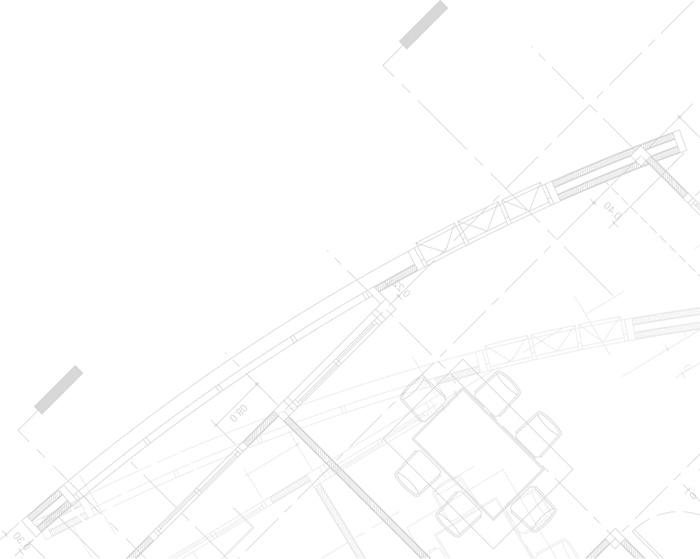 To apply for a job advertisement, please send the requested documents to careers@gpgroupbg.com or use the application form. All data provided by you is protected within the meaning of the LPDP and shall be used only for the purpose of this selection.